The independent association of S. mutans and Scardovia wiggsiae and their association in ECC and as a risk indicator has been reported in the literature. Its prevalence in low and high caries risk of urban adolescent Indian population has not been reported so far. 50 adolescent subjects were screened based on ADA risk assessment criteria. Group 1(n=25) - Low caries risk (saliva, plaque) Group 2 (n=25)- High caries risk (saliva, plaque and dentinal caries) and were evaluated for the presence of Scardovia wiggsiae by PCR analysis. Based on the results, highest prevalent was found in dentinal caries followed by  plaque and saliva samples of high caries risk subjects; whereas it was totally absent in both the samples of low risk caries subjects. Under the limitations of this study it can be concluded that Scardovia wiggsiae being more acidogenic and aciduric, could be one of the predominant microorganism for initiation and progression of caries and can be used as a risk indicator for dental caries assessment in a given population. Thus by identifying the actual predominant genera in the microbial communities, preventive strategies can be targeted specifically to decrease the level of prevalence, thereby lowering caries experience in a given population. 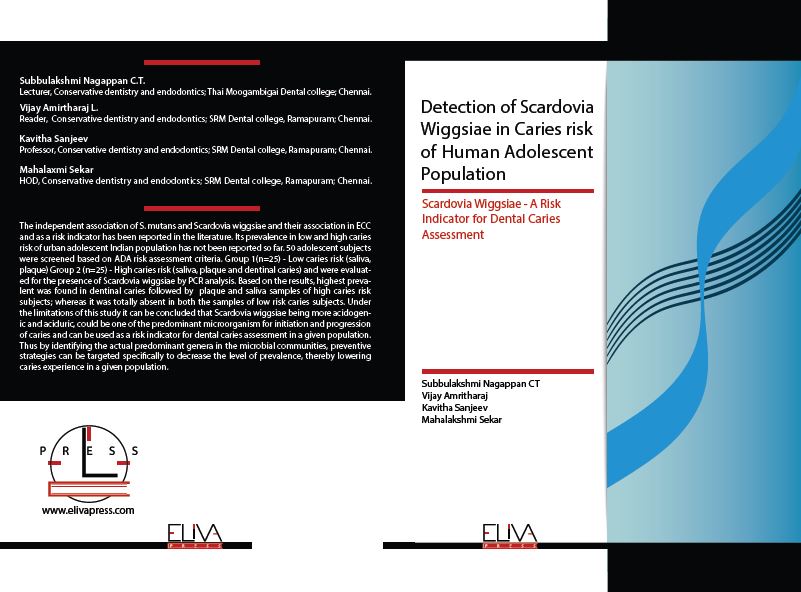