We lived in a Nagasaki suburb, 4.8 km from the hypocenter when an atomic bomb exploded over Nagasaki on August 9, 1945. There was huge bang, followed by burning heat wave and billowing huge mushroom cloud. My mother developed radiation sickness and succumbed to acute liver failure in 3 months. My father was in the school building, 500 m from the hypocenter where the building collapsed instantaneously but he was alive by a miracle. He developed bone marrow failure and died in 15 months after the explosion and we three siblings became atomic bomb orphans. I made living by myself supporting my two young siblings doing manual labor since age 11. I worked at a fish processing factory for 5 years after finishing high school, then enrolled Tokyo Medical and Dental University in Tokyo. Two atomic bombs dropped over Hiroshima and Nagasaki claimed 330,000 innocent human lives, the majority of whom were civilians. We want to tell our story to the world how we suffered and survived through the hardship we endured. Atomic bomb is an utmost evil weapon and should not be used anywhere again. As an atomic bomb victim and survivor, I have devoted myself for the movement of nuclear-free world so that nobody has to experience the life we had lived through. Our prayer for no more Nagasaki and no more Hiroshima. 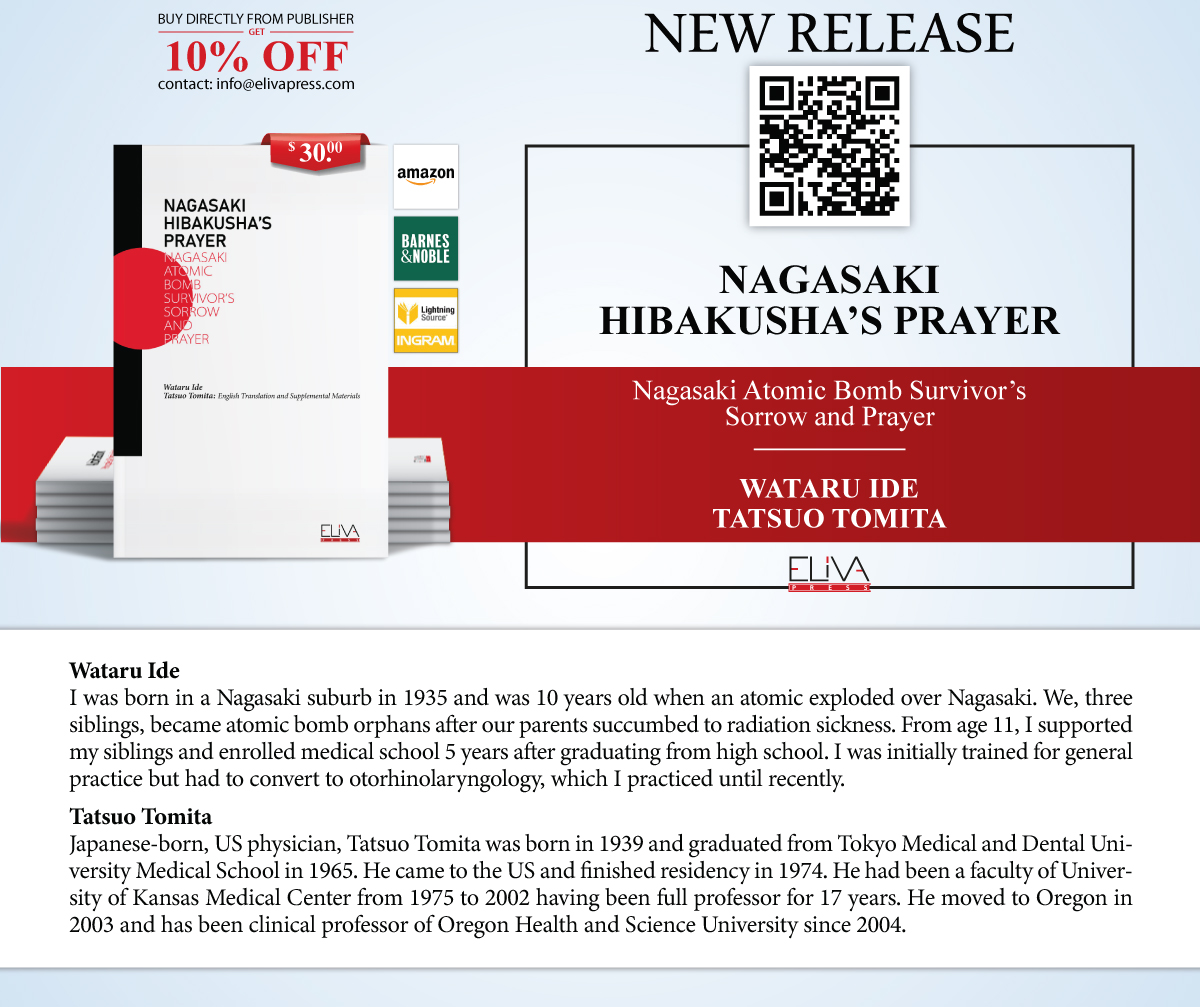